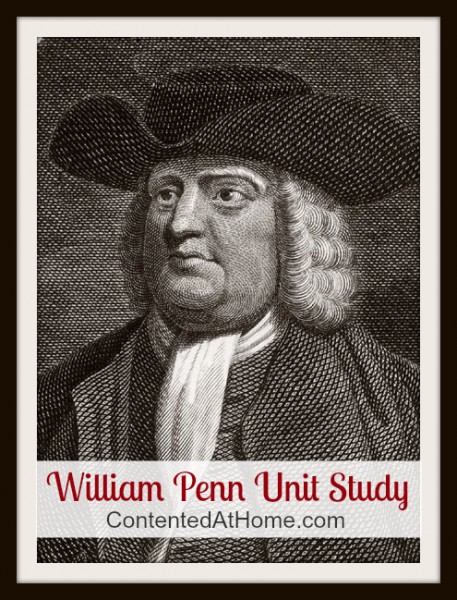 Who Was William Penn?

William Penn was a Quaker who founded the colony of Pennsylvania as a place for religious freedom in America.

William Penn was born in London, England, on October 14, 1644. He was the son of a land-owner and admiral, Sir William Penn.

Penn entered Christ Church College in 1660, but was expelled for criticizing the Anglican Church. His father, a distinguished Anglican himself, was quite upset with William, and sent him to study theology in France.

After returning to England a few years later, William Penn left the Anglican Church and became a Quaker at the age of 22. At that time the Quakers were suffering severe persecution, and Penn began to fight for their freedom of worship. He was jailed several times for illegal preaching and other actions against the Church.

Penn became an important person among the Quakers. In 1675, because he had some education in the law, he was asked to resolve a land dispute between some fellow Quakers. Following that success, he was chosen to found a Quaker colony in America.

William Penn decided to ask King Charles II for land in America as repayment of a large debt owed to Penn’s father, who was no longer living. The king agreed, and Penn received a royal charter for the territory west of the Delaware River on March 4, 1681.

Penn called the territory Sylvania, which is the Latin word for woods. However, King Charles II decided to call it Pennsylvania, in honor of William Penn’s father.

Penn was made the proprietor and governor of the new colony. He set up a democratic system with complete freedom of religion, election of representatives, and separation of powers–the same ideas that form the basis of the Constitution.

William Penn established peaceful relations with the Indians. He made sure they were paid a fair price for their lands, rather than simply taking the land by conquest. He also negotiated successful treaties and was highly respected by the Indians for keeping his word.

The new colony attracted Quaker settlers from England and Europe. Other religious groups were also drawn to Pennsylvania in search of freedom.

Penn traveled to England and back to Pennsylvania, before finally returning to England permanently in 1701.

In 1712 William Penn suffered a stroke and was left unable to speak or to care for himself. Sadly, he was also almost penniless. He died at his home in England on July 30, 1718.

This unit study is part of the Birthday Lessons in October by the bloggers of iHomeschool Network.