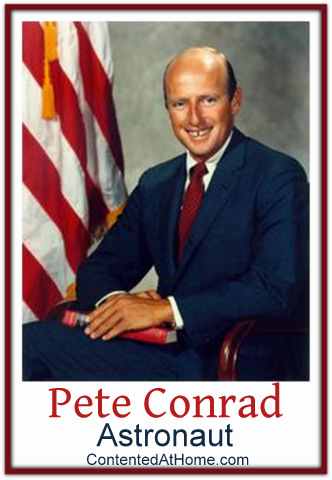 Charles “Pete” Conrad, Jr., a U.S. Navy officer and NASA astronaut, was born on June 2, 1930, in Philadelphia, Pennsylvania. When he was born, his father wanted to name him Charles, while his mother preferred the name Peter. He was officially named Charles, but was always known as Peter or Pete.

As a teen Conrad had a summer job at the Paoli Airfield near Paoli, Pennsylvania. He learned so much about mechanics and plane engines that, at the age of sixteen, he was able to repair a plane that had been forced to make an emergency landing. He then took flight lessons and earned his pilot’s license before graduating from high school.

Pete Conrad was bright and intelligent, but he struggled with dyslexia. At the time, not much was known about dyslexia, and his teachers believed he was just lazy. He attended a private academy in Haverford, Pennsylvania, but was expelled after failing most of his eleventh grade exams.

Conrad’s mother knew her son was not unintelligent, and she transferred him to Darrow School in New York for another opportunity. While there Pete learned methods of coping with his dyslexia, and so excelled that he was admitted to Princeton University on a full Navy ROTC scholarship.

After graduating from college with an aeronautical engineering degree, Conrad became a fighter pilot and aircraft carrier pilot in the U.S. Navy. He went on to become a test pilot. 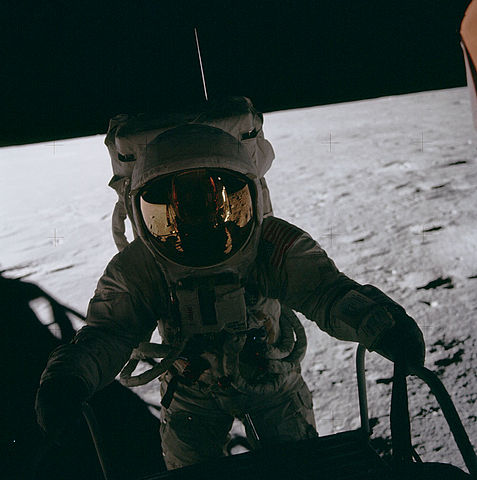 Pete Conrad joined NASA as part of the “New Nine,” the second group of astronauts. He was regarded as one of the best pilots in the groups, and he served on Gemini 5 and 11, Apollo 12, and Skylab 2 missions. He is most well known for his role as commander of the Apollo 12 mission, when he became the third person to walk on the moon.

He retired from NASA and the Navy in 1973. He died on July 8, 1999, from injuries sustained in a motorcycle accident. He was buried with full honors at Arlington National Cemetery.