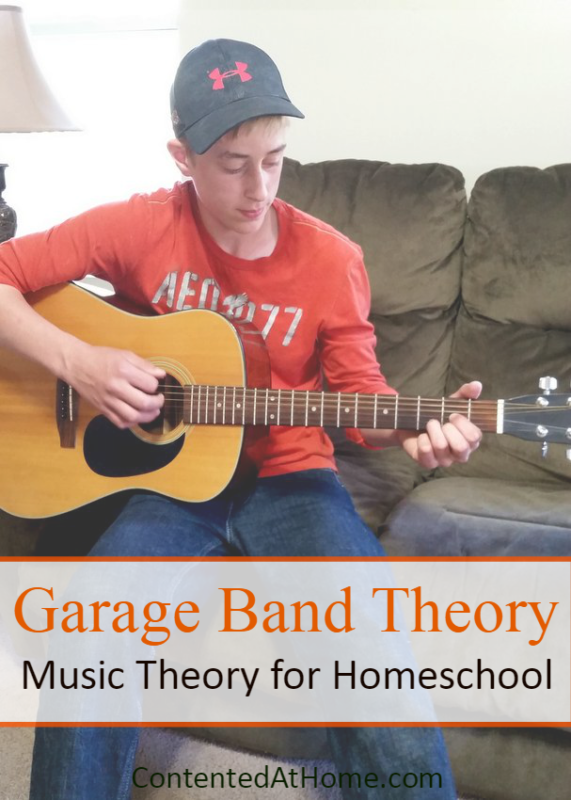 My 14-year-old son, Collin, has been interested in playing the guitar for quite some time. With the help of our pastor’s wife, who has a special knack for teaching music to young people, he was able to pick up enough to play a few songs for various church programs.

While waiting to begin formal guitar lessons, Collin was frustrated by all the things he didn’t understand. For example, he had no idea how to read musical notes or which guitar chords corresponded with the written notes.

When I suggested that he teach himself some foundational music concepts using Garage Band Theory as a resource, he immediately agreed! 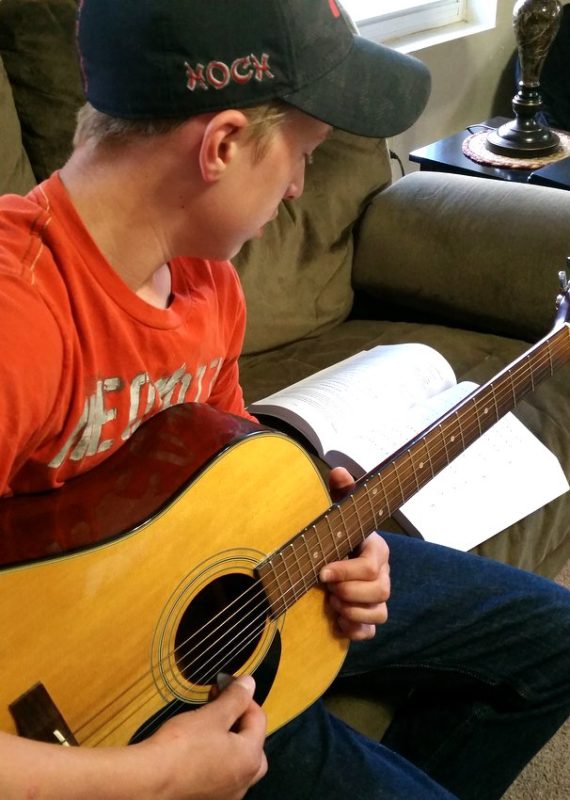 I received a free copy of this book and was compensated for my time. All thoughts and opinions are my own; I was not required to post a positive review.

An Overview of Garage Band Theory

Garage Band Theory is a book that teaches traditional music theory with the purpose of helping students learn to play by ear.  Although Collin is using the book to learn more about playing the guitar, it can be used to learn any instrument.

Garage Band Theory is designed to be worked through independently, even if students have had no previous musical experience. Although the book is NOT intended to replace formal music lessons, it WILL help students build a foundation that will help them use their lesson time better. 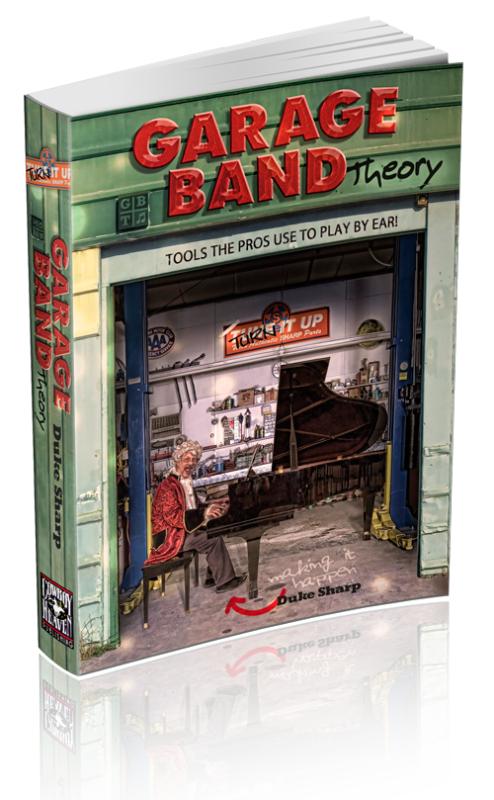 Mr. Sharp invested 13 years in writing and editing Garage Band Theory – and believe me, it shows. This book is very readable, almost conversational in style. Learning music theory concepts will definitely take time and effort, but Sharp’s book makes it as easy as possible.

Although Garage Band Theory is set up to be easily used independently, we found that Collin benefited from simple assignments. Each day I assigned him a few pages to read, making a note of terms and concepts I wanted him to pay attention to. 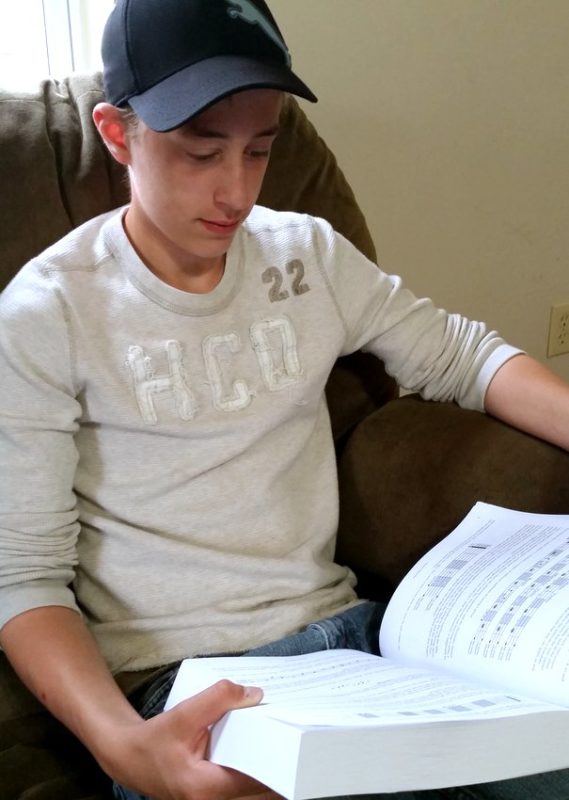 After Collin had completed the reading, we would discuss it briefly to be sure he understood it clearly. On his very first day of using the book, I was thrilled when he told me, “I actually learned something!”

I also asked Collin to demonstrate whatever he had learned  from the lesson, when possible. For example, when the book showed the four ways to play middle C on a guitar, I asked him to show me all four finger positions and we listened to verify that the tones were the same. 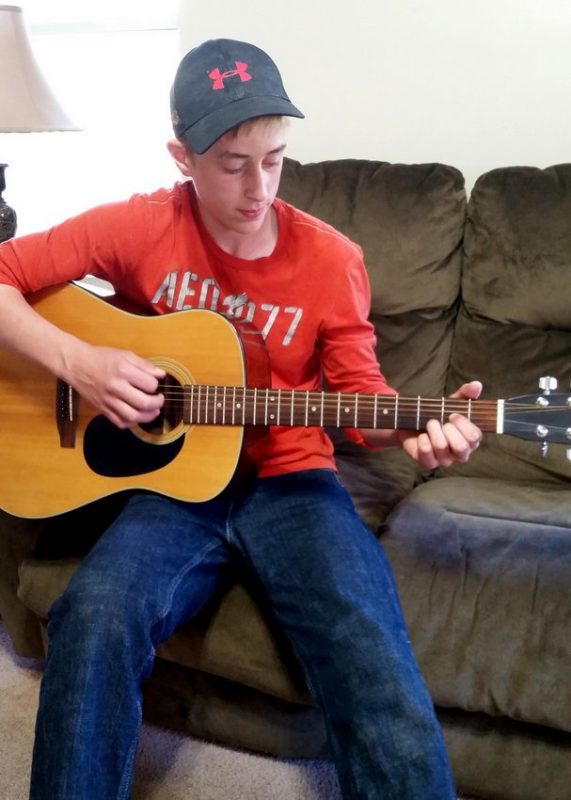 Collin will be starting guitar lessons sometime in the next two weeks, and he has already said he plans to take this music theory book along to his first lesson. I’m excited to see him learning so much before he even begins formal lessons!

Enter via the widget below for the opportunity to win your own copy of Garage Band Theory!

Giveaway is open to U.S. residents ages 18 and older. Please note that physical copies of the book will only be shipped within the U.S.