This Amazing Grace Hymn Study includes everything you need to study the hymn in one easy download. 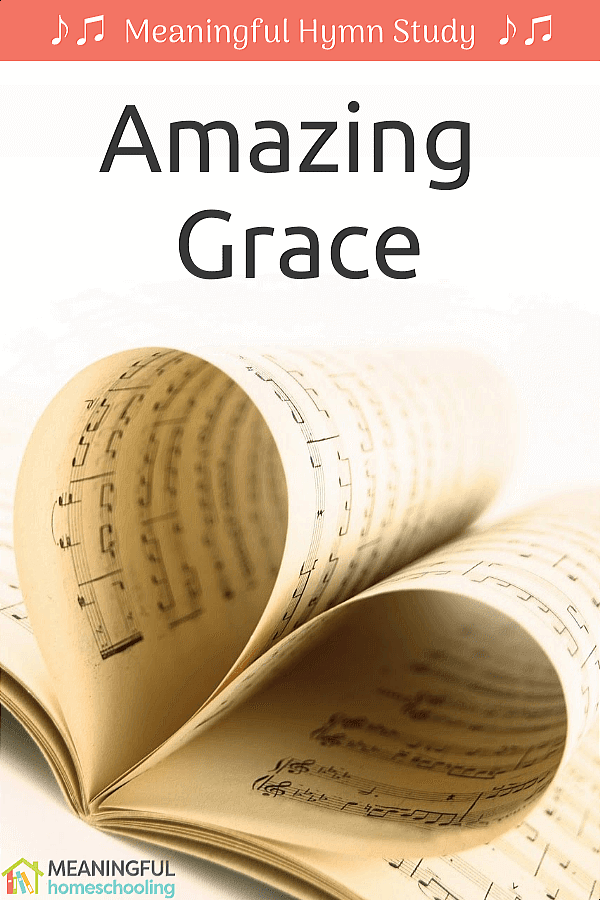 Hymn study is a simple way to pass the heritage of hymns on to our children. Use this unit study to help your family learn more about the hymn “Amazing Grace.”

John Newton, author of “Amazing Grace,” was born July 24, 1725, in London, England. His mother, a godly woman, died when he was only six years old. At age eleven, John left school and joined his father’s merchant ship, leading a rough sailor’s life.

In 1744 Newton was forced into service on a man-of-war ship, where he was miserable. He deserted the ship, but was found and publicly flogged. Eventually he requested to join a slave ship instead. For a time, he was owned by a brutal slave trader who abused him terribly.

As a young adult, Mr. Newton became the captain of his own slave ship. On May 10, 1748, his ship encountered a severe storm on the return trip from Africa to England. When it seemed that there was no hope of saving the ship, Newton exclaimed in desperation, “Lord, have mercy upon us!”

That was the moment when God’s amazing grace reached his heart. For the rest of his life, he celebrated May 10 as the anniversary of his conversion.

For six years after becoming a Christian, Newton continued to work as a slave ship captain. He tried to justify himself by improving conditions for slaves on his ship and by holding worship services for his crew.

Finally, however, he realized he had to completely give up the slave trade. He eventually became a crusader against slavery.

After being ordained by the Anglican Church in 1764, Mr. Newton began his first pastorate in the village of Olney, England. He loved to sing hymns in church rather than the Psalms typically sung in Anglican churches. When he couldn’t find many hymns to sing, he began writing his own.

In 1767 Mr. Newton developed a friendship with the poet William Cowper. They began holding weekly prayer services and tried to write a new hymn for each one. “Amazing Grace”—a testimony of Newton’s marvelous transformation—is probably one of those hymns.

“Amazing Grace” has been sung to many different tunes over the years. The tune used today is an early American folk melody, first known as “Loving Lambs.” Its earliest known publication was in The Virginia Harmony, which was compiled in 1831. 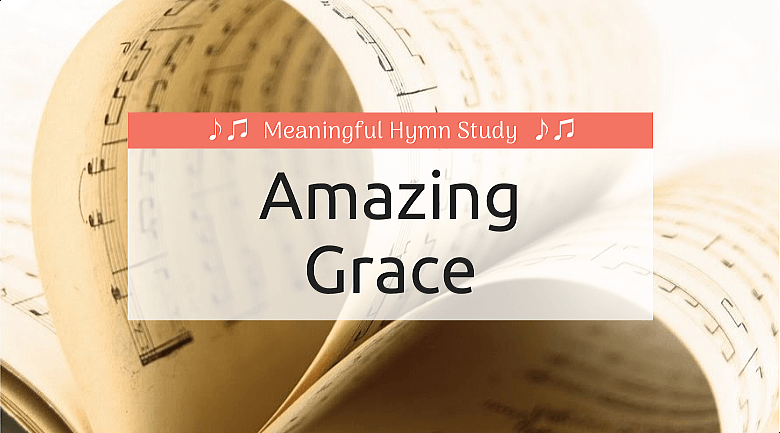 (Last stanza by an unknown author)

Amazing grace! How sweet the sound
That saved a wretch like me!
I once was lost, but now am found;
Was blind, but now I see.

’Twas grace that taught my heart to fear,
And grace my fears relieved;
How precious did that grace appear
The hour I first believed!

Through many dangers, toils and snares,
I have already come;
’Tis grace hath brought me safe thus far,
And grace will lead me home.

The Lord has promised good to me,
His Word my hope secures;
He will my shield and portion be,
As long as life endures.

Yea, when this flesh and heart shall fail,
And mortal life shall cease,
I shall possess, within the veil,
A life of joy and peace.

The earth shall soon dissolve like snow,
The sun forbear to shine;
But God, who called me here below,
Will be forever mine.

When we’ve been there ten thousand years,
Bright shining as the sun,
We’ve no less days to sing God’s praise
Than when we’d first begun.

Copywork pages, notebooking pages, and other printables are now available in one easy download! The Amazing Grace Hymn Study includes everything you need to study the hymn: 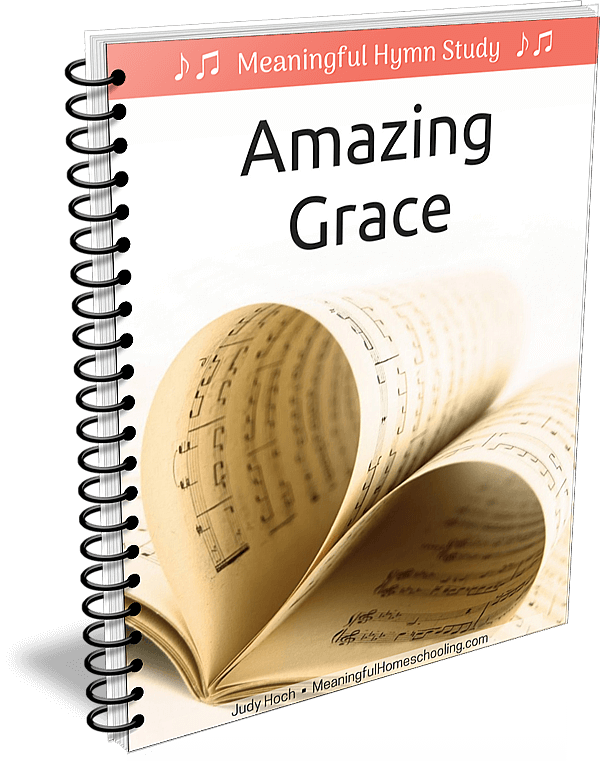 GET THE HYMN STUDY