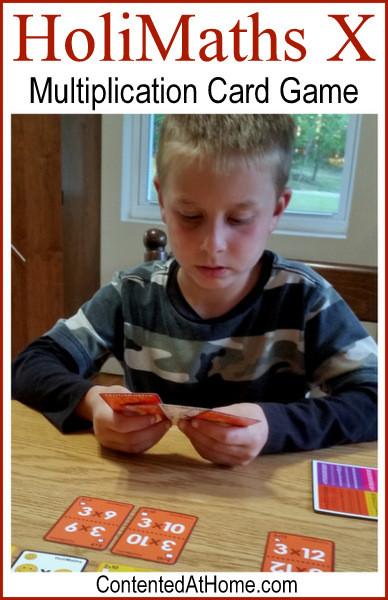 It is commonly expected that students will work hard and memorize the math facts by a certain age. If those pesky facts aren’t mastered at the “right” time, the child is obviously not working hard enough, right?

Every child learns differently. While one student may easily memorize math facts, another may struggle to remember them, even after plenty of practice.

Rather than spending hours on boring flash cards and rote memorization, why not use a fun card game to reinforce math facts? 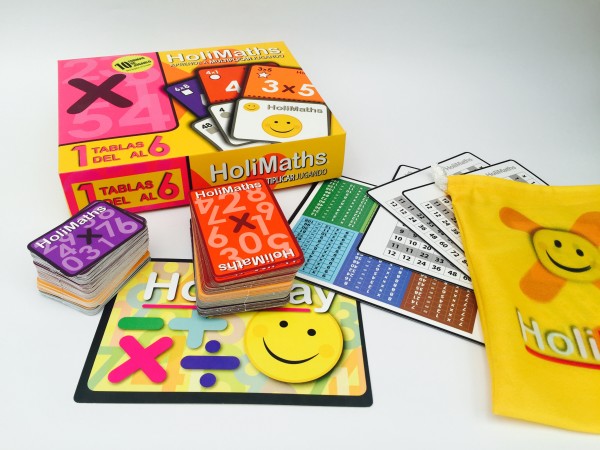 I received this product for free and was compensated for my time. All thoughts and opinions are my own; I was not required to post a positive review.

HoliMaths X is a fun multiplication card game that your can play together to help kids learn the multiplication facts. Designed for ages 7 and up, the game can be played 10 different ways to suit different skill levels and keep things interesting.

Up to six players can play HoliMaths X at one time–but even one person can play alone to strengthen math skills! The single player feature is awesome for those times when a child is begging to play the game and no one else has the time to play. Independent learning at its best!

The HoliMaths X card game covers multiplication facts from 1-12. But don’t worry–your child doesn’t even need to know the facts to begin playing! 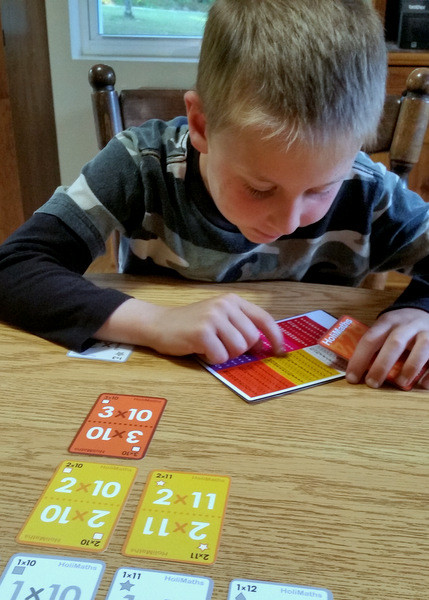 My second-grader, Weston, had no idea what multiplication was before we played the game. I explained how to play and gave him one of the included multiplication charts. Within minutes his face lit up and he said, “I know what it is now!” BIG homeschool win!

HoliMaths X helps students learn multiplication facts in one key way: Every time a card is played, the player states the product of the problem shown on the card. Seeing, saying, and hearing work together to help the facts “stick.”

Weston absolutely loves this multiplication card game! He may have been a bit suspicious at hearing the words math and game in the same sentence, but from the first game he was completely hooked. In fact, he asked to play again! Naturally I’m thrilled that he is actually enjoying learning the multiplication facts!

HoliMaths X has videos available that demonstrate how to play the game. Weston enjoyed watching one of the videos to verify that we were playing the game the right way.

THIS is what homeschooling ought to be–painless learning of useful facts that will benefit students for a lifetime! 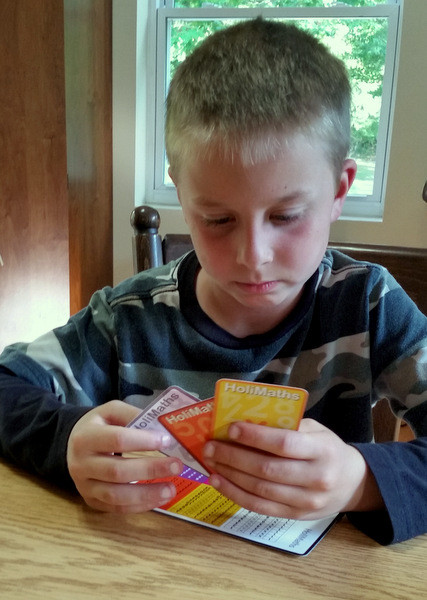 Here’s your chance to WIN a HoliMaths X card game of your own! Enter the giveaway via the widget below.

NOTE: If you purchase HoliMaths X (in kickstarter) and win the giveaway, HoliPlay will refund your money!