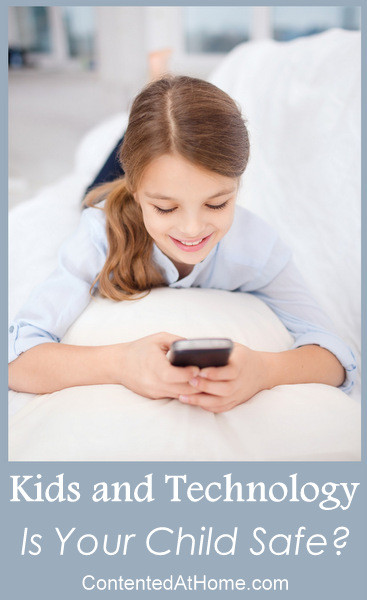 We live in amazing times. And we live in dangerous times.

When I was a kid, you could call people on the phone or send them letters and get a reply a couple of weeks later. You took pictures, sent them in to get developed, and got them back a week or so later.

Now you can print out pictures immediately, or send them via a text message to anyone in the world, or put them up on social media seconds after you snap the photo. You can send an email that will get to the recipient in seconds , and get a reply in seconds.

You can chat or instant message and get replies as soon as you hit enter. You can chat in real time with someone on the other side of the world and see their face in real time like they are standing in front of you. The possibilities are endless, and they are constantly coming out with new technology that does more and different things than what is already out.

And with the onset of all of this wonderful technology comes danger.

I have done a lot of things in my life I wish I hadn’t done. One could say I have been around the block more than the average Christian sitting in the pew.

I have seen the dangers of the internet. I have read enough books, heard enough testimonies, and talked to enough people to know that all of this wonderful technology has a dark side.

A discussion was started on internet safety and kids. One mother naively commented that her kids are Christians and serving God, so it isn’t anything she needs to worry about. I shook my head and thought to myself, “How naive of her. She has no clue.” And I don’t mean that to be rude.

Pulling from my life experiences, things other guys have told me, and things I have read, one could say I am more knowledgeable about these things than most people in the church. And I don’t say that arrogantly. I wish I didn’t know some of the things I know.

Christian Kids Are Vulnerable, Too

It used to be if you wanted to get pornography, you had to go to an adult bookstore and hope no one saw you. Young boys would find their dad’s stash or their best friend would find his dad’s, or they would find some dirty magazines someone tossed by the railroad tracks or in a dumpster.

There is a young man who is a YouTube sensation that conducted a couple of experiments recently. With the permission of the parents, he posed as a 15-year-old boy on Facebook and convinced 3 young girls to meet him, the youngest being 12.

On each occasion that each girl met him, they were surprised to find a man in his twenties and even more surprised to find their parents with him. He did the same experiment with boys, posing as a teenage girl. These parents evidently did not monitor their kid’s internet activity very well, but I bet they will from now on.

Kids and Technology: Keeping Them Safe

An author I follow posted some rules for his teenage boys on his blog. A lot of people thought he was being too strict and overbearing. Some said if they were his kid, they’d get a burner phone and not tell the dad… which is pathetic.

I agreed with him, and though I have no kids of my own, am going to post what I would do if I had kids of my own. If you think these are too strict or going overboard, keep these two things in mind:

Some Ideas for Keeping Your Kids Safe

Based on my life experience, here’s what I would do if I had kids of my own:

Kids and Technology: A Parent’s Responsibility

It is a parent’s responsibility to keep their kids safe from any harm that is possible, and in today’s world that includes the internet and any device that kids could be hurt through. It isn’t a joke or something to be brushed aside just because your kids are good kids or even Christians. That does not make them exempt. In fact, it may make them more vulnerable as the devil goes after Christians with all he has got….. even Christian teens.

Where Are the Parents?

I have wondered where the parents are of the teenagers who hang out in chat rooms trying to hook up with adults. I think there are two answers:

It is reckless to give kids and teenagers access to these devices and just assume they will never do anything they shouldn’t and will be safe from all the dangers out there. And filters are great, but tech savvy kids can get around them.

Teaching Our Kids to Use Technology Wisely

So should we even use modern technology? I believe we should, or we will be left behind in the dark ages. There are so many great things we can use these devices for, but we should use them with caution.

Even if we have no kids in the home, there needs to be accountability and filters. And if there are kids, that need increases dramatically. If you are a parent, you are the gatekeeper for your children and their safety, and that safety includes their online safety and who they text and talk to. It isn’t worth the cost of your children’s souls or lives to be lax with their online safety.

Some day the kids of parents who were strict and careful about these things will be thankful their parents cared enough to enforce rules to keep them safe. As long as they are in your house, they are your responsibility, and it is up to you to set the rules and enforce them. Better safe than sorry.

I hope something I have said will be a help, and that I have not offended anyone, but this is an area I am passionate about. The internet, smart phones, cell phones and other technology are wonderful, but in our wonder and excitement to use these great tools, let us never forget the dangers they also pose to adults and children alike.

Mark Buzard blogs about thought-provoking topics at Mark’s Musings. He also writes book reviews at Thoughts of a Sojourner.