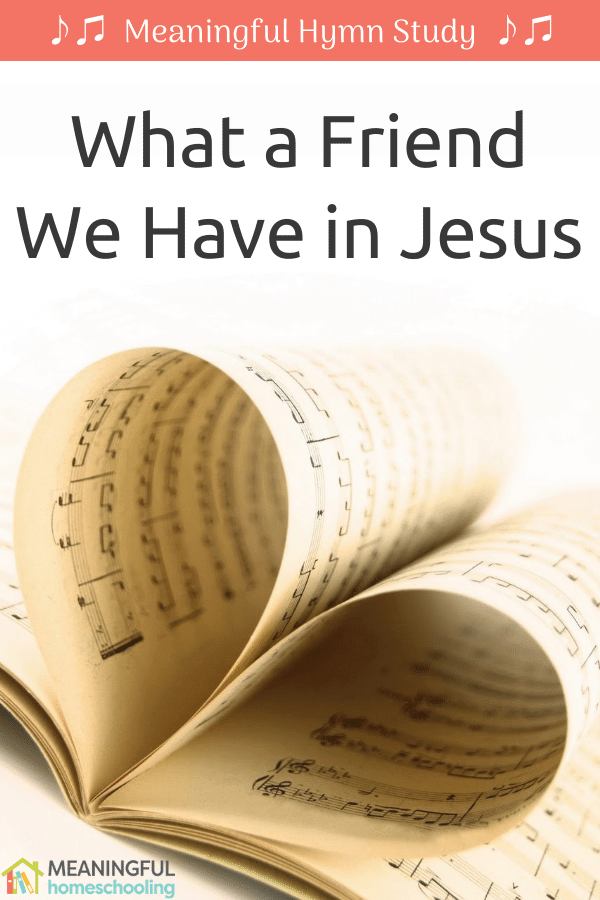 In days gone by, the well-loved hymns of the church were sung regularly. Sadly, the old hymns have been replaced by modern “praise music” in many of today’s churches, and many children are missing out on the rich heritage of Christian hymns that we enjoyed.

Let’s get started with the beautiful hymn “What a Friend We Have in Jesus.”

What a Friend We Have in Jesus

Listen to the Hymn 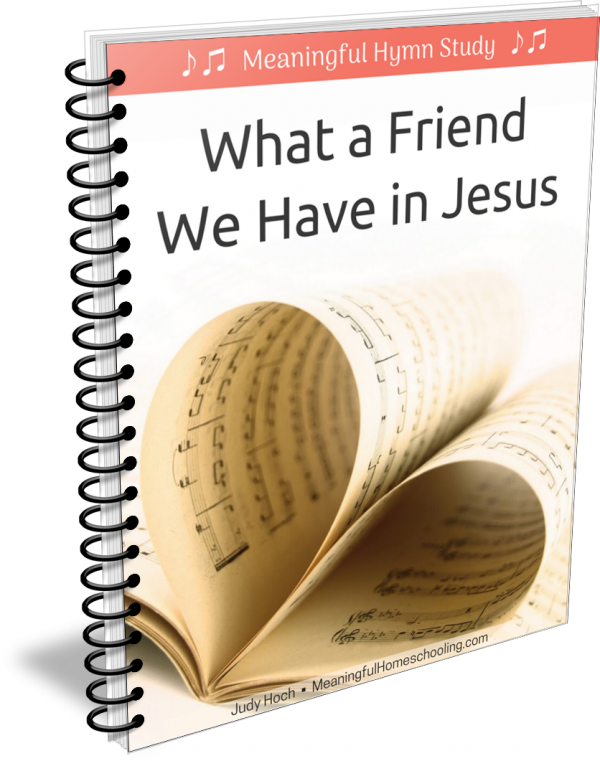 This hymn study unit includes all the tools you need to study the hymn “What a Friend We Have in Jesus”: