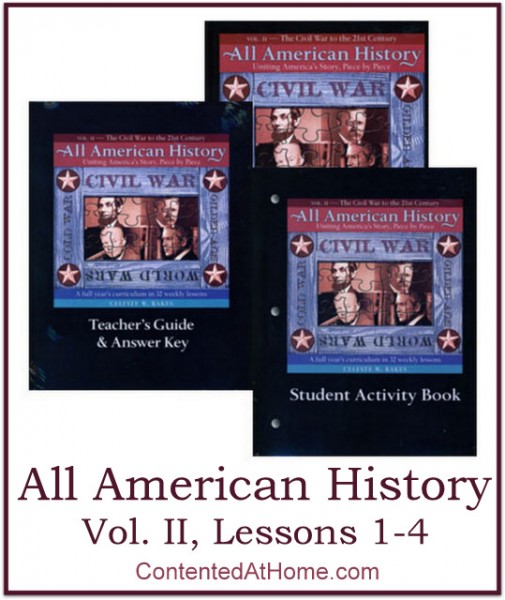 “I never knew the Civil War was so interesting!”

That’s exactly what my ninth-grade daughter, Kaylee, said to me recently. She is using All American History Vol. II this year and has been completely captivated with her study of the Civil War, slavery, and the Underground Railroad.

The first four lessons of All American History Vol. II cover the events leading up to the North/South conflict and continue through the second year of the Civil War.

Lesson 1 – Prelude to the Civil War

The first lesson covers topics that led up to the Civil War, such as the Missouri Compromise and the Dred Scott case. 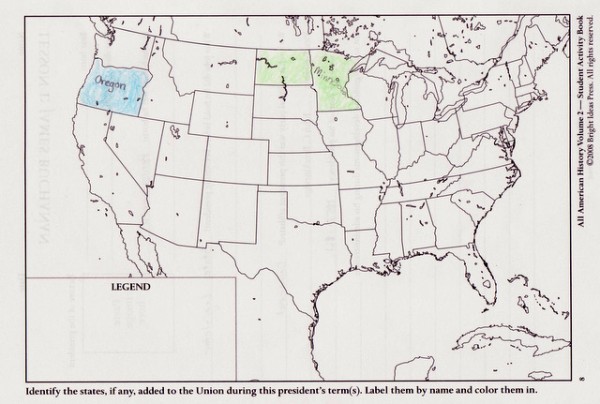 The second lesson discusses the beginning of the Civil War, as well as famous abolitionists such as Harriet Beecher Stowe, William Lloyd Garrison, and Frederick Douglass. 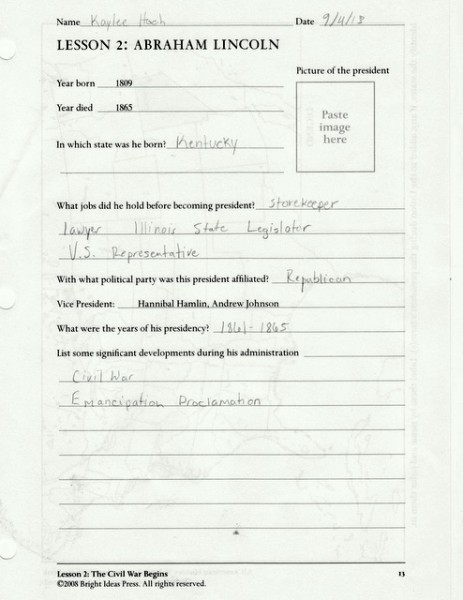 The third lesson covers the Union and Confederate leaders and the battles of the first year of the Civil War. 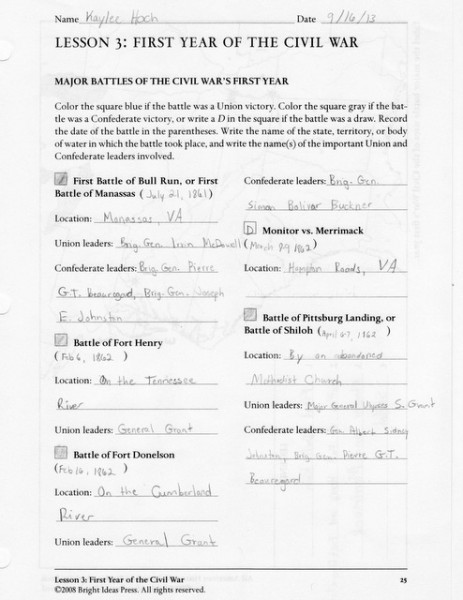 The fourth lesson discusses the battles of the second year of the Civil War and Lincoln’s famous Emancipation Proclamation. 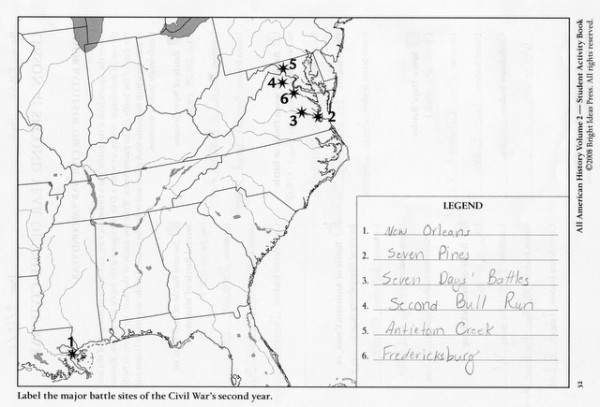 As I’ve mentioned before, Kaylee is definitely a “hands-off” learner. She is an avid bookworm who prefers to read for hours rather than dig into a creative project.

To enhance her understanding of the Civil War era, Kaylee read six (yes, six!) books while working through the first four lessons of All American History. 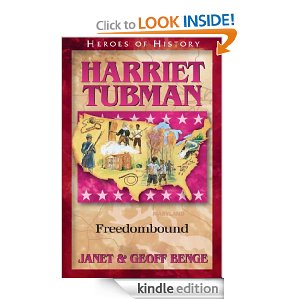 Harriet Tubman: Freedombound (Heroes of History) – This book is an extremely well-written biography of Harriet Tubman, the “Moses” of the Underground Railroad. Kaylee would often slip over to my room late at night to let me know what she had just read about Harriet’s life. 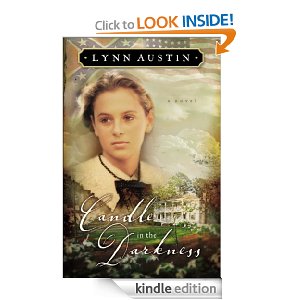 – The fictional Refiner’s Fire series is a compelling and historically accurate account of the Civil War era. This first book shares the perspective of Caroline Fletcher, daughter of a wealthy Richmond, VA, slave-holding family. FREE for Kindle! 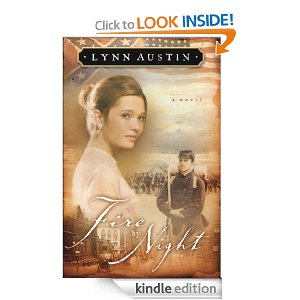 – The second book of the Refiner’s Fire series tells the story of two Northern women,  one a wealthy, pampered young woman and the other a dirt-poor farmer’s daughter who decides to join the army disguised as a man. 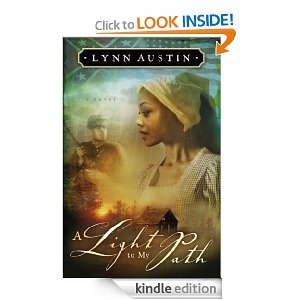 A Light to My Path (Refiner’s Fire Book #3) – The final book in the Refiner’s Fire series focuses on the lives and struggles of two slaves, Anna and Grady. 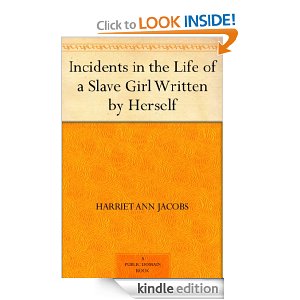 Incidents in the Life of a Slave Girl Written by Herself

– This book is an amazingly eloquent tale of the author’s life as a slave girl in the South. Kaylee was enthralled by the real-life story of an actual slave! FREE for Kindle! 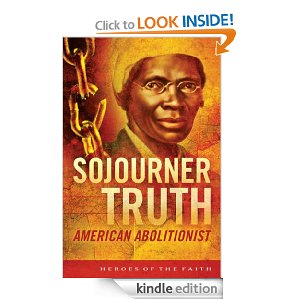 – Have you ever wondered how Sojourner Truth got her name? Kaylee did, so we decided to read this book. Read it and find the answer for yourself!

Kaylee is keeping an American history timeline notebook to go along with her study of All American History. The AAH Teacher’s Guide contains a list of people and events to add to a timeline.

If you are using the History Through the Ages timeline figures, you can also find more figures to go along with this time period. 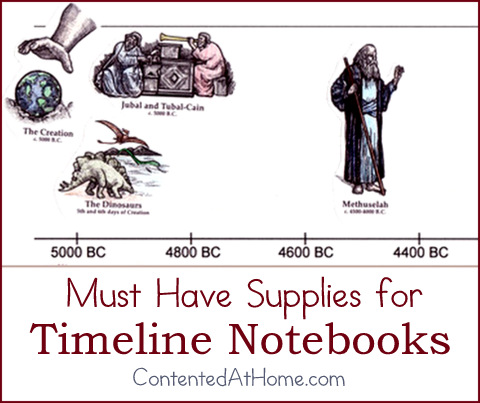 I thought the letter from “Caroline” was especially realistic:

As I sit here and write this letter to you, I can hear the booming of cannons and the roar of gunfire as the war grinds on. Father estimates they are fighting only about five miles away right now.

Speaking of Father, he told me just last night that he was going to leave to be a blockade runner for the Confederates. He’s worried about me staying here with only the slaves, but I know I will be in perfect hands. I’m much more worried about him. I’m just certain he’s going to be killed.

I still get letters every week from Charles, my fiancé, but I’m also terrified for his safety. He is fighting against the North, which means he’s also fighting against freedom of slaves, and that bothers me a little.

In closing, I’m going to tell you a secret. I’m a traitor. I helped my cousin, who is fighting for the North, escape prison. He and about a hundred others escaped late last night. My fiancé has no clue about it, and I’d like to keep it that way. Please keep writing.

Have a question about All American History? Please ask in the comments below!